Explore the Supreme Cultural Blend of the Riviera Levante 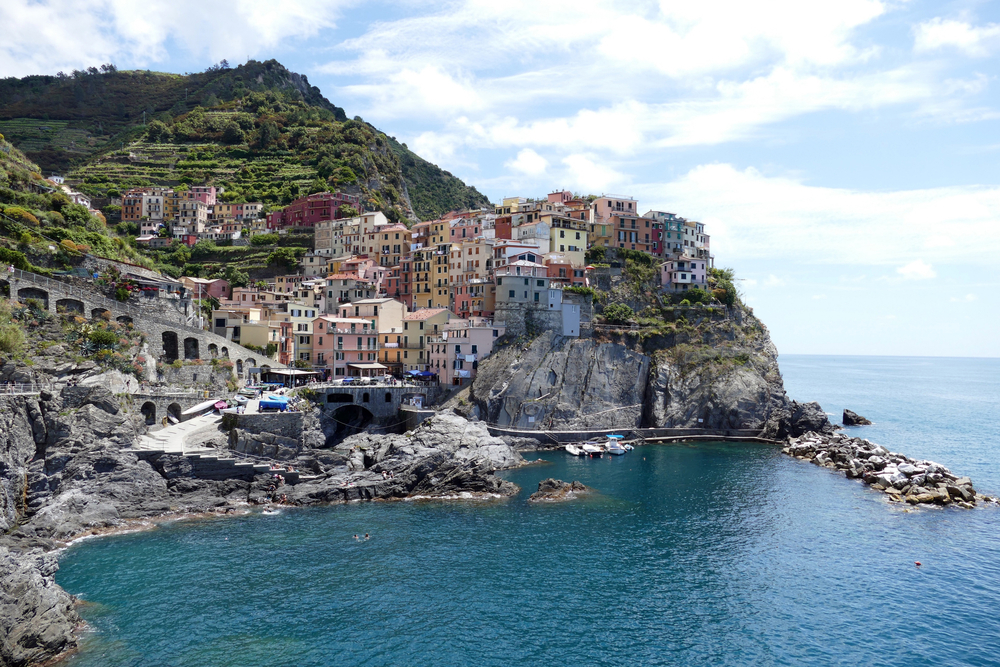 At Essential Sailing, we love the history, culture and cuisine of the places we visit almost as much as the sailing to get there. Our Captain’s Blog brings you a taste of what to expect from our luxury crewed sailing holidays around the French and Italian Riviera. In this blog we explore the supreme cultural blend of the Riviera Levante.

The Riviera Levante on the western coastline of Italy certainly rank among the Mediterranean’s more interesting cruising grounds, offering a supreme blend of art, architecture, history, culture, regional cuisine, world-class scenery and superb summer weather. One could happily cruise these shores for a lifetime!!

Travelling to delightful CAMOGLI – Camogli is a gem on the Riviera Levante. The tall old houses of burnt umber and sienna and the old fishing harbour at the foot of the steep wooded slopes make a visit so worthwhile. Camogli once supported a large trading fleet numbering nearly a thousand vessels, but the coming of steam turned trade and prosperity elsewhere. The large houses around the harbour were built in the heyday in the 19th century and the fleet exists no longer, the town still has a strong association with the sea.

Exploring charming SAN FRUTTUOSO – on the south side of Punta della Chiappa is the small cove of San Fruttuoso sheltered from all but strong southerlies. A church with a prominent cupola in the abbey of Caodimonte at the head of the cove is conspicuous.

Visiting sophisticated PORTOFINO – it has been said that while anyone can visit Portofino, few can stay here on the Riviera Levante. It is an aristocrat of a resort for the rich and a favourite of the jet set. It is beautiful, elegant and sophisticated and as a visiting yacht you will be one of the lucky few who can stay here!!

The castle on the ridge is known locally as ‘Castello Brown’ after a British Consul General at Genoa in the 19th century who bought it and renovated it to live in residence. It remained in the family until 1960s when it was given to the Commune di Portofino. The Basillica di St Giorgio on the ridge above the harbour is said to contain the body of St George and has marvellous views into the bargain.

Experiencing elegant SANTA MARGHERITA LIGURE – Santa Margherita Ligure is an elegant up-market resort – a suburb of sophisticated Rapallo just around the corner. On the slopes above are the villas of the rich and very rich from the northern inland cities. Down around the harbour there is a more workaday atmosphere and it is a thoroughly likeable spot.

The village takes its name either from S. Margherita d’Antiochia whose remains are ensconced in the church of the same name, or for those of a secular mind, from the white-flowering bush, the margherita, which can be seen everywhere.

Enjoying picturesque RAPALLO – nestled at the head of the gulf under steep wooded slopes on the Riviera Levante, Rapallo is a picture postcard sort of place. The original medieval village has been overlaid with Baroque and Rococco and neo-Baroque, though all in the most genteel way, all this framed by green slopes and rock faces on three sides and by the blue Mediterranean on the other side.

It was discovered by the wealthy after the 1st World War and became a popular resort with them. At this time Rapello was also in the news as an international meeting place: in 1917 the wartime allies conferred here; in 1920 Italy and Yugoslavia debated and settled territorial rights here; and in 1922 Russia and Germany signed a peace pact.

Relaxing in peaceful SESTRI LEVANTE – the promontory with a public garden on top and the old town straddling the isthmus combine to make this an appealing and attractive place. It is surprisingly peaceful, even in the summer, and of an evening the promontory is a marvellous place to take a post-prandial stroll, especially if there is some swell working its way around into the bay causing you to roll at anchor. It the tower on the promontory, Marconi conducted his early experiments with radio transmissions, hence its name: Torre Marconi.

Discovering exquisite MONTEROSSO AL MARE – this village on the Riviera Levante of pastel houses and twisting lanes under steep slopes is exquisite and the mountainous backdrop grand to make this well worth a visit.

Staying in attractive VERNAZZA – lying at the mouth of a steep-sided valley, Vernazza is another gem of the Cinque Terre. One side of the harbour is cliff, and on the other side are the pastel houses of the hamlet interrupted by the stark Gothic church of Santa Margherita d’Antiochia.

Appreciating photogenic PORTOVENERE – the village and harbour are picturesque, although the slate grey buildings and castle on slate grey rock take on an aspect of a black and white photograph – especially at dusk!! On closer inspection, the tall houses are painted in subdued pastel hues but the two churches are black and white striped marble affairs.

Being Bewitched by Atlanta in LA SPEZIA – although La Spezia town is fringed by commercial and military docks, the town itself is a bustling pleasant place. It has an excellent naval museum containing a large collection of maritime exhibits, among which is Atlanta, a bare breasted figurehead found floating in the Atlantic in 1864. She is said to bewitch sailors who gaze upon her head and to have caused four suicides to date, the last a young German naval cadet in 1944.