Uncover the Magical Cultural Blend of the Tuscan Islands 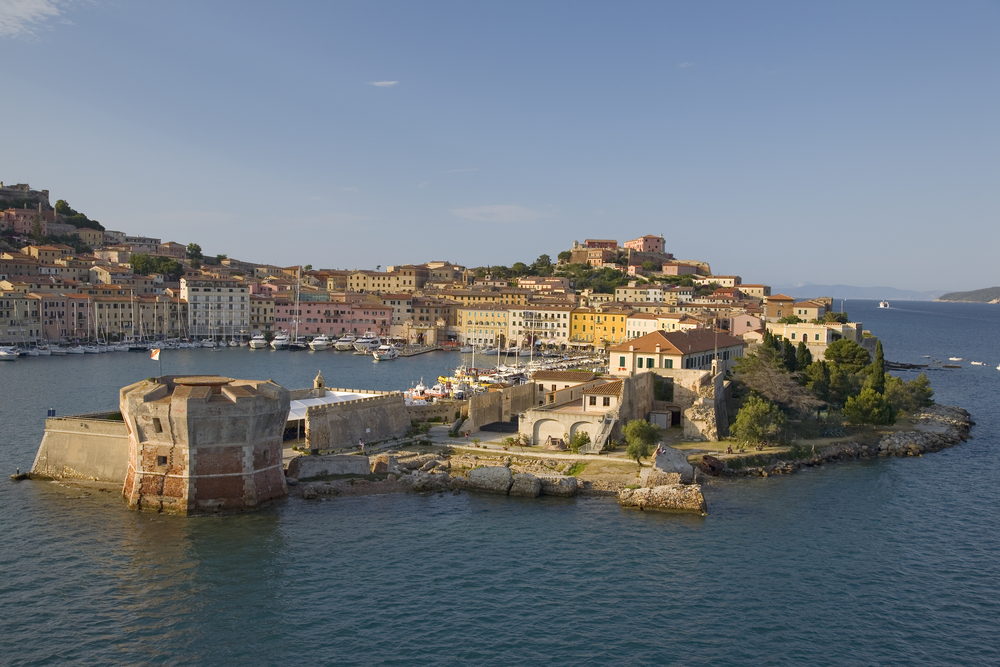 At Essential Sailing, we love the history, culture and cuisine of the places we visit almost as much as the sailing to get there. Our Captain’s Blog brings you a taste of what to expect from our luxury crewed sailing holidays around the French and Italian Riviera. In this blog we uncover the magical cultural blend of the Tuscan Islands

Beaches to die for at PUNTA ALA – Punta Ala is our departure point to explore the Tuscan Islands. It is part of a large leisure development that includes several hotels, apartments, a gold course and a riding school. The setting is wonderful with wild country around and the Scogli Porcellini running out from the point. The beaches are simply to die for – in fact, they are so unforgettable that they have their own Facebook group: the Punta Ala Beach Fans. Never windy and so close to the pine forests that there’s always some shade to sit in, these beaches are a must for anyone visiting Punta Ala.

Being captivated by PORTO AZZURO – crowded it may be, but Porto Azzuro on the Tuscan Islands of Elba is a gem. The citadel above was built by the Spanish in the middle of the 16th century. In the 19th and 20th centuries it was a prison for hardened criminals, both the political and Mafioso type, and the original name of the fortress, Longone, has always been associated with criminals in Italy. The name of the village was changed to Porto Azzuro to break the association and attract tourists to this beautiful spot and, judging by the numbers of tourists arriving here in the summer, the ploy has worked wonderfully well.

Immersing yourself in the colour and chaos of CAMPO – lying on the edge of a cultivated plain and hemmed in by the mountains, Campo is an attractive and popular tourist resort. At the harbour you are close to the old part of town and away from the activity on the beaches further around the bay. The inner harbour is packed with trawlers adding a touch of colour and chaos to the place. Good fresh fish can be obtained at the fish market nearby.

Being enchanted by MARCIANA – this was once the fashionable quarter for a country residence in Elba and it is pleasing to this day: elegant 19th century houses line the seafront amongst palms, oleanders and magnolia. It is a green and colourful spot that enchanted the exiled Napoleon. It is now a small tourist resort, though in no way spoiled.

Behind the harbour the highest peak in the island, Monte Capanne, can be ascended in a cabinovia, an aerial railway carrying small and, to our mind, quite precarious cages. The rugged hinterland around and the view from the top make an excursion well worthwhile.

Slipping into ‘unorthodox and loose behaviour’ on CAPRAIA – Capraia on the smaller of the Tuscan Island is known to have been settled in Roman times and on the outskirts of the village above the harbour there are ruins of a large Roman villa. Later it was settled by monks who over time slipped into what Pope Gregory the Great called ‘unorthodoxy and loose behaviour’. He sent an armed force to put them back on the orthodox path.

Like most of the Tuscan Islands, the island was ravaged for several centuries by pirates. Nelson captured it for a short time but did not retain it for long. Today, the islanders enjoy a modest income from a little tourism. It is possible to take a tour of the old prison buildings from Porto Capraia.

Falling in love with PORTOFERRAIO – few people fail to fall in love with Portoferraio. Behind the harbour the 18th century buildings in shades of cream and ochre are tucked under the craggy 16th century citadel, built originally by Cosmino I, Duke of Florence. The warrens of alleys and staircases are lined with dwellings, shops and restaurants and occasionally lead to unexpected views of the sea behind. You should climb to the citadel walls to watch the sunset and sea below turning liquid red and sepia as it washes over the rocks and reefs – we can’t imagine why Napoleon ever left.

Viewing the panorama of Elba from SALIVOLI – returning from the Tuscan Islands, the new harbour at Salivoli is located in the heart of Piombino overlooking the splendid panorama of the Island of Elba. Piombino is the ideal city for a day trip with its pleasant old town and wonderful Piazza Bovio, which has been newly renovated and has a 360 degree view of the sea. It has an ancient historical center, derived from the time in which it was the Etruscans’ port, in the surroundings of Populonia and in the Middle Ages, it was instead an important port of the Republic of Pisa.