Explore the Scenic Coast of the West Cote d’Azur 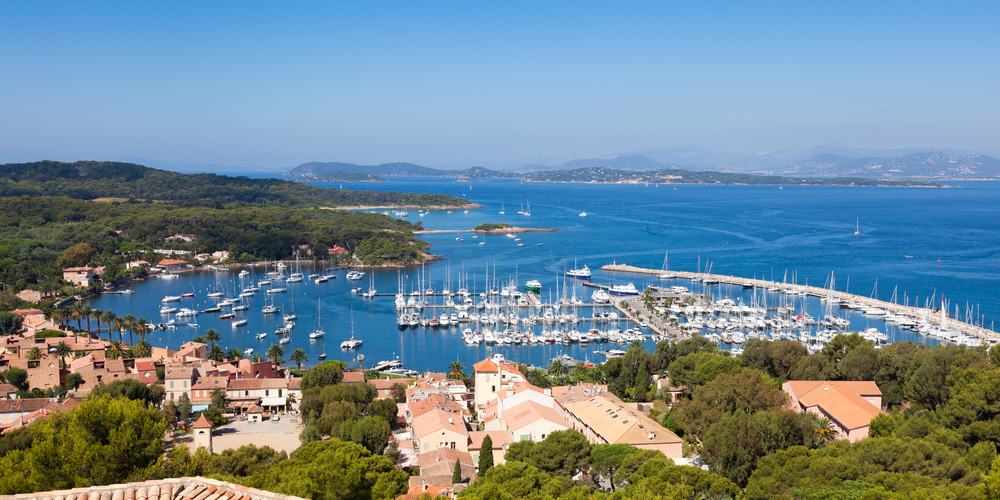 At Essential Sailing, we love the history, culture and cuisine of the places we visit almost as much as the sailing to get there. Our Captain’s Blog brings you a taste of what to expect from our luxury crewed sailing holidays around the French and Italian Riviera. In this blog we explore the scenic coast of the West Cote d’Azur.

The West Cote d’Azur stretch of Riviera coastline is wild and rugged with deserted creeks and bleached beaches, far less developed than its eastern counterpart. Its resorts are strung out like pearls along the coast, with St.Tropez the jewel in the crown.

Discovering medieval HYERES – in the 11th century, the Knights of Fos built a castle on the hill and a small fortified town grew under their protection in the plain below. The Roman houses in the old town, St Paul’s Church and the Barruc city gate are all architectural examples of this period. In the 16th century, the town, which had grown significantly, sprawled all the way to the feet of the hill. New city walls were built. The Massillon and Fenouillet gates date from this period.

Relaxing on charming PORQUEROLLES – this jewel of the West Cote d’Azur is from another world with at the island’s heart a charmingly dusty village square, where outdoor dining, drinking coffee and playing petanque seem to be the main pastimes. With few cars, transport is by bicycle, an ideal way of exploring the scenic tracks that meander through vineyards and pinewoods to link the many sheltered coves and beaches.

Stepping back in time in BORMES-LES-MIMOSAS – the West Cote d’Azur village of Bormes, with its ice cream coloured houses, is undoubtedly one of the Riviera’s most picturesque villages. It has had a chequered history – founded by the Gauls, conquered by the Romans, then continually sacked by Saracens, Corsairs, Moors, Genoese and finally during the Wars of Religion (1562 – 1598). Depending on the season, it is bathed in the scent of mimosa, eucalyptus or camomile.

Staying in floral LE LAVENDOU – the town takes its name from the lavender fields around the slopes of the Maures massif. The old village of Bormes behind Le Lavendou apparently felt left out of the floral tributes along the coast and so rechristened itself Bormes-les-Mimosas after the abundant mimosa that grows around it.

Stirring your soul in CAVALAIRE-SUR-MER – at the end of the Corniche des Maures, Cavalaire is quite close to, and quite different from, St Tropez. The resorts share the same sun, sea and indifference, but there floats over Cavalaire no air of billionaire exclusivity. Normal people are made to feel welcome, rather than being felt lucky to be allowed in. Whilst once a fishing village, it’s now mainly a creation of modern-ish streets, but palms, pines and sea attenuate the effect. There’s a holiday-time gaiety and the surroundings are soul-stirring.

Marvelling at the architecture of PORT GRIMAUD – situated on the West Cote d’Azur, at the head of the gulf of St Tropez, this village was the brain child of Francois Spoerry, a French architect. Although the village is reminiscent of Venice with its four islands and canal system, it was actually built in the late 1960s and the buildings retain a very French style. It is a beautiful spot to tie up in for the night, with fabulous restaurants literally a stone’s throw away.

Delighting in artistic ST. TROPEZ – the harbour is surrounded by old houses with narrow and peaceful streets running up the hill behind to the citadel on the top. Around the harbour, painters display examples of their talent for sale, and the rich display their yachts for approval.