Wonder at the Prestigious Musée Océanographique in Monaco 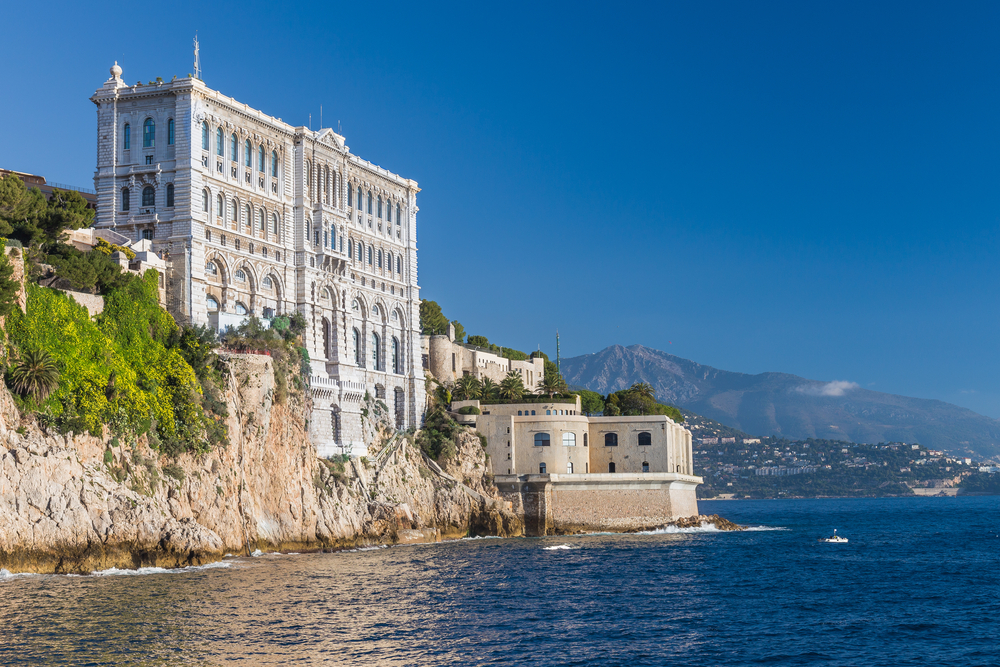 At Essential Sailing, we love the history, culture and cuisine of the places we visit almost as much as the sailing to get there. Our Captain’s Blog brings you a taste of what to expect from our luxury crewed sailing holidays around the French and Italian Riviera. In this blog we wonder at the prestigious Musée Océanographique in Monaco.

Perched high on a sheer cliff, this museum of marine science with its spectacular aquarium is the finest of its kind. Monaco’s prestigious Musée Océanographique on the French Riviera was founded in 1910 by Prince Albert I, who was an eager oceanographer, as an institute for scientific research and to house the many marine specimens he collected on his numerous voyages.

Financed by profits from the Casino, it took 11 years and 100,000 tons of white stone from la Turbie to build. The resulting edifice, with its staggering 279ft sheer façade that plunges straight into the sea, is a masterpiece of monumental architecture.

The museum contains some exceptional collections of nautical instruments, marine flora and fauna, including the skeletons of a 66ft whale and a 441lb giant turtle; models of all the magnificent ships built for the sovereign’s voyages, along with the laboratory installed in his last boat, Hirondelle II; displays demonstrating natural sea phenomena such as waves, tides, currents and salinity; and the first submarine.

The basement of the Musée Océanographique houses the famed Aquarium, which exhibits thousands of rare fish with beautifully lit displays of living corals from all over the world, in a huge state-of-the-art Shark lagoon and in 90 tanks with a direct supply of sea water. Don’t miss the Pacific black tipped sharks, the Australian leafy sea-dragons, the shimmering sea slugs, the luminous yellow sturgeon, the sinister black lantern-eye fish and, if you are to spot them, the camouflaged marine chameleons.

The remainder of the building contains research laboratories specialising in the study of ocean pollution and radioactivity that were previously headed by marine explorer Jacques Cousteau.